Drawing a line in the sand

Sand is an important natural resource that is being critically mismanaged, according to a piece featured in Nature magazine this month by Jim Best, the Jack and Richard Threet Professor of Sedimentary Geology and professor of geography and geographic information science, and his colleagues.

The article, titled Time is running out for sand, highlights how sand and gravel are being mined at a much faster rate than they are being replaced naturally, and the need for a global agenda to reform how sand is being managed as a resource.

Best, whose research includes a focus on the mechanics of fluid flow and sediment transport in modern sedimentary environments, and especially large rivers, said that one issue with sand as a natural resource is that many people don’t think of it as a finite material.

“We first need a realization that our resource of sand is finite,” Best said. “It sounds obvious, but it’s something that many people don’t think of. We then need to learn how and where sand is mined, and the environmental impacts this extraction may be having, and that this is often not sustainable.”

The article, which Best wrote with colleagues Mette Bendixen, Chris Hackney, and Lars Iversen, who are at other universities, notes a large increase in the demand for sand, especially due to urbanization and population growth. China, India, and Africa are the areas with the greatest increases in sand demand and their consumption is expected to continue to increase year-over-year.

Currently, there are between 32 and 52 billion tons of sand extracted from across the globe each year, a concerning figure given that most of the sand for use in industry comes from rivers.

Sand extraction has a tangible impact on the world’s great rivers, which are home to roughly three billion people. The article mentions, for example, the Pearl River in China, which has experienced lowering water tables and an increase in river-bed scour as a direct result of sediment mining.

Lowered water tables make it harder to obtain water for drinking, and scour speeds up damage to infrastructure such as bridges and river embankments, the article states.

Best emphasized that there are a number of other adverse effects on society from widespread, illegal sand mining operations that affect roughly 70 countries. From 2006 to 2016, Singapore imported 80 million tons of sediment from Cambodia, but Cambodia only reported having exported 4 percent of the sediment. The article highlights that hundreds of people have reportedly been killed in disputes over sand over the last decade.

“Illegal sand mining in some countries is linked to violent crime and poverty,” Best said. “This is also a significant social issue in some developing countries.”

The article also brings attention to how little is known about global sand level extraction rates, trends, and the effects of its mining. It calls current estimates of sand mining volumes “undoubtedly too low,” and adds that not enough research has been done on commercial extraction.

“At the root of this is a realization that such activities are having a detrimental impact in many countries,” Best said. “At some stage we need to regulate to better ensure such resources are sustainable.”

Best and his colleagues have come up with seven directives as a pathway to sustainable sand extraction. The first step is finding sustainable sources of sand, then moving on to find sand alternatives such as crushed rock and recycled plastic. The researchers advise that sand-based materials should be reused whenever it’s possible, through processes such as how demolition waste and crushed concrete can be mixed into cement.

Concrete use in building structures should be reduced, the article advises, by adopting innovative designs to reduce the amount of concrete required in new developments. Governments should unite to regulate and control sand extraction, giving institutions such as the World Trade Organization and the United Nations Environment Programme enforceable guidelines.

Lastly, the article implores governments, scientists, and those in the industry to disseminate information on the issues of sand mining to schools, media, and the general public, and recommends that a global program should be established to gather and share data about the extent of sediment mining and better quantify the amount of sand transported in the world’s rivers.

Best said there are things any person can do in order to make a difference. He also suggested creating a regulatory system that labels sand that comes from sustainable sources.

“Seek to reuse and recycle, and cut down on our use of materials made from sand,” Best said. “We also need to be aware of where such materials come from. This is really difficult to know at present. It’d be amazing to establish a sort of ‘fairtrade’ label for sand so a consumer would know that sand came from a sustainable resource.” 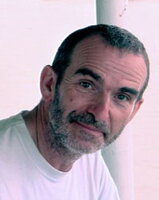