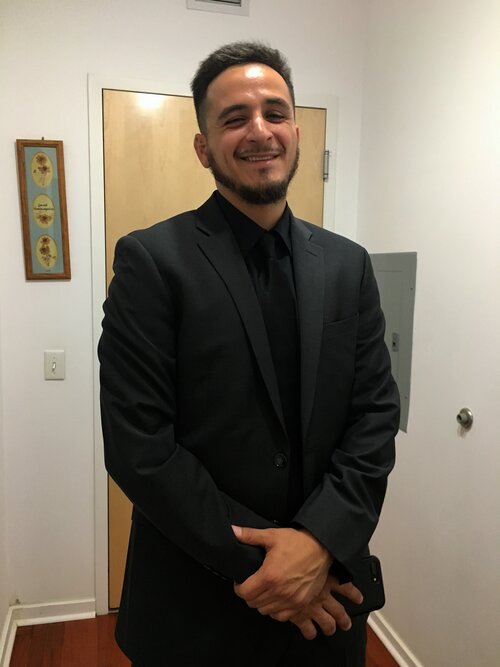 José Acosta-Córdova is a second-year Ph.D. student in Geography and GIS. He was born in Chicago, Illinois, and raised in the South Valley, Albuquerque, New Mexico. His roots in Chicago date back to the 1950’s, when his family first arrived in the city from Jalisco, México, and settled in the area just west of the Jane Addams Hull House, in what is now the University of Illinois at Chicago (UIC).

He completed his Master’s degree in Urban Planning and Policy, at the College of Urban Planning and Public Affairs, at UIC. He also holds a Bachelor of Arts in Urban and Public Affairs from UIC. He is the former President and Co-Founder of the Latino Planning Organization for Development, Education, and Regeneration (LPODER) at UIC. LPODER was nationally recognized by the Latinos and Planning Division of the American Planning Association (APA) for its work with high school youth of color, as well as the numerous events they hosted regarding issues facing Latino/a/x people in urban environments throughout the western hemisphere.

He is the author of the Latino Neighborhoods Report: Issues and Prospects for Chicago, which he authored during his second year of graduate school while working as a Research Assistant at the Institute for Research on Race and Public Policy (IRRPP). The report, received widespread media and was produced for Metropolitan Family Services. It contains demographic information on twelve neighborhoods in Chicago where Latinos are the largest racial/ethnic group, along with an overview of Latinos in Chicago.

José is the son of activists, and was raised in the environmental justice movement. He was part of the youth group of the SouthWest Organizing Project (SWOP), an organization based in Albuquerque, NM, which fights for racial and gender equality, and social, environmental and economic justice.

He is studying issues related to transportation, environmental justice, labor, and Latino/a/x settlement in Chicago.

Bachelor of Arts in Urban and Public Affairs, University of Illinois at Chicago, 2016

"The Latino Neighborhoods Report: Issues and Prospects for Chicago" - https://greatcities.uic.edu/2017/10/25/the-latino-neighborhoods-report/